You were looking for apps to make new friends and ended up on this page.

Maybe you’ve moved in the past few years, live in a tiny (or huge) city, graduated, or just have this gut feeling that there are people out there who would make awesome friends to you, and you to them.

Or you found a couple of other “friend” apps, but then after trying them, realized that they were full of people looking for more than friendship.

Well guess what – Patook is an app strictly for friendships. So strictly in fact, that we have developed our own automatic method to detect when someone is flirting. We’ve even included a no-flirting clause in our terms of service so we ban such users. Any person who attempts to flirt via the app will get their account permanently banned before their message even makes it into your inbox.

The result? Women, men, couples and others on this app have the same goal and the same expectations.

If that’s not enough to sway you, Patook has proprietary methods that match you to people who are similar to you. That means people who like the same things, and also dislike the same things. It calculates a point score for each user and tells you how compatible you are with them. So, instead of picking your “friends” based on giant pictures of them, you actually look through shared interests and pick which interests you care the most about.
Want even more control? Want to find a friend who speaks French, plays the violin, likes the same shows you do? Patook’s point system allows you to give out points for traits you like, and then each user gets a little score shown next to their name.

Give it a shot. Let us know what you think. We’re still new but our users are fantastic. And if you’ve read this far, so are you!

* The matches tab shows you nearby users who you have a good chance of getting along with. Patook is centered around connecting compatible people together. The score shown on the top right is the result of your point system.

* The discussions tab acts as a local bulletin board where user can post various topics, discussions, jokes or rants. Discussions are visible to everyone within your area, so by posting to them you are effectively broadcasting messages to the neighborhood. People can then upvote and respond to the topics and the most interesting topics get surfaced. This helps kickstart conversations between people.

* The point system gives users more control in finding compatible users. For example, you can give 20 points to women, 10 points to people who speak French, and 20 points who are originally from the United States. The point count shows up next to the user’s names.

* Patook takes security and privacy very seriously. We have made as many privacy options as we could think of available. Our moderators are also happy to respond to any feedback from you.

We hope you enjoy using this app. Please feel free to message us if you have any questions or comments about it (per the terms of service, please do not send unsolicited ideas or feedback), and spread the word.

Join the hundreds of thousands of people who have made new friends, penpals, or found a BFF on Patook! Patook – make platonic friends

Patook's THE app for making platonic friends. This is a major overhaul of the app including:

1- Performance improvements - everything should be much faster.
2- Improved chat system
3- Improved notifications
4- More accurate flirt detection and blocking
5- Fixing some issues with newer phones.
6- You can now send audio snippets after you've been talking a while 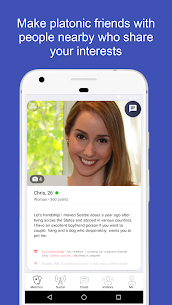 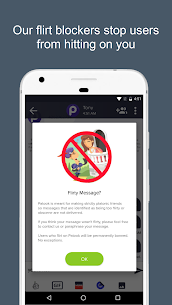 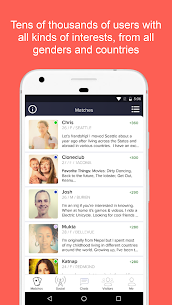 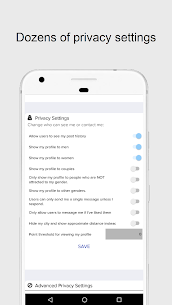 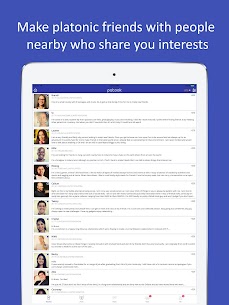